«My favorite thing: being challenged ! » 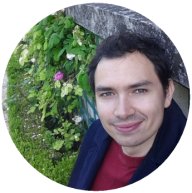 Egor, 28 year-old Russian BI consultant, left Moscow to complete several Masters in France, before settling down in Paris to work in 2014. Let’s hear from a multicultural business intelligence passionate…

What kind of Globe Trotter BI are you ?

It’s kind of unique actually: I am both an expatriate and a globe-trotter! I’m Russian based in Paris, but I also work on many missions for foreign clients in Canada and in the US.

What triggered your decision to travel:

It wasn’t an impulsive decision: I was already studying French in Moscow. My school had many partnerships with French engineering schools, so  at some point I thought : why not ? I passed the exam and was received at « Centrale Lille », where I liked the region. Then, after completed my education in Russia, I started working in BI in the banking sector. But I was missing France, and with my 30st birthday coming, I decided it was time to go again ! I chose to do an MBA at « Dauphine » to develop other skills such as management control, finance, marketing, business strategy, logistic etc.

The most appealing thing for me was the cultural aspect. French history, art de vivre, gastronomy, the French spirit very « critical », the politeness…Now, I have a permanent position in Paris, and I work in a French environment with an international dimension, which particularly suits me.

What is the best part of these international experiences ?

Being challenged. I like working in international environments, with people coming from different cultural backgrounds. By working in a place that isn’t home, you make huge progress, not only professionally but also personnaly. It’s a big challenge, and I love being challenged. I’m a Russian expatriate in France, who works with clients from North America, I speak both English and French, I even have an Indian colleague : it’s rich and multicultural.

I also discovered other way of functionning at work. Like the Canadians for instance : they can be at the same time very efficient and very relaxed ! Working with them, you have a lot of pressure, but it’s always friendly. Or for example, the French see us Russian as very organized people…and yet I found them much more organized than us !

In the end, practicing business intelligence in a foreign environment matches all I was expecting : the technical aspect with computer science, but also the consulting part because you accompany your clients all along the way. In terms of skills, I discovered cutting edge technologies in data vizualisation, different ETL technologies or reporting tools such as Essbase and Microstrategy.

What surprized you the most:

Most of the time, you would think « international company » means Northern countries or Central Europe like Germany, while in France you’d think « big industries, very French-centered » but not at all. I work in a French SBM, but it’s very international-oriented, in the missions and also in the day-to-day work, it’s great.

Do you have a funny anecdote to tell us ?

La « bise » ! It’s the French greeting, consisting in two kisses on the chicks. I got used to it, but let me tell you the first time was weird, I had no idea how to respond to that !

How went your integration ?

Very well. I’m still in touch with my MBA student friends from Dauphine, who are mostly foreigners. I have Russian friends in Paris, but I also have many close French friends that I see all the time.

What about a negative point ?

For France specifically, I’d say that on the opposite of Northern countries where everyone speaks English, here you really gotta speak French, or it’s harder to work and live everyday.

If you had an advice for a future Globe Trotter BI ?

Working abroad will always be a positive challenge and a unique experience.

For France, I’d say : get used to blue cheese, and excellent cheap wine !

Did you consulted any websites in particular before leaving ?

The ambassy website. Administrative documents are complicated, much more than in Russia, especially for foreigners. I also check forums like « Russians in Paris », on Facebook, as well as groups with good tips like « studios in Paris ».